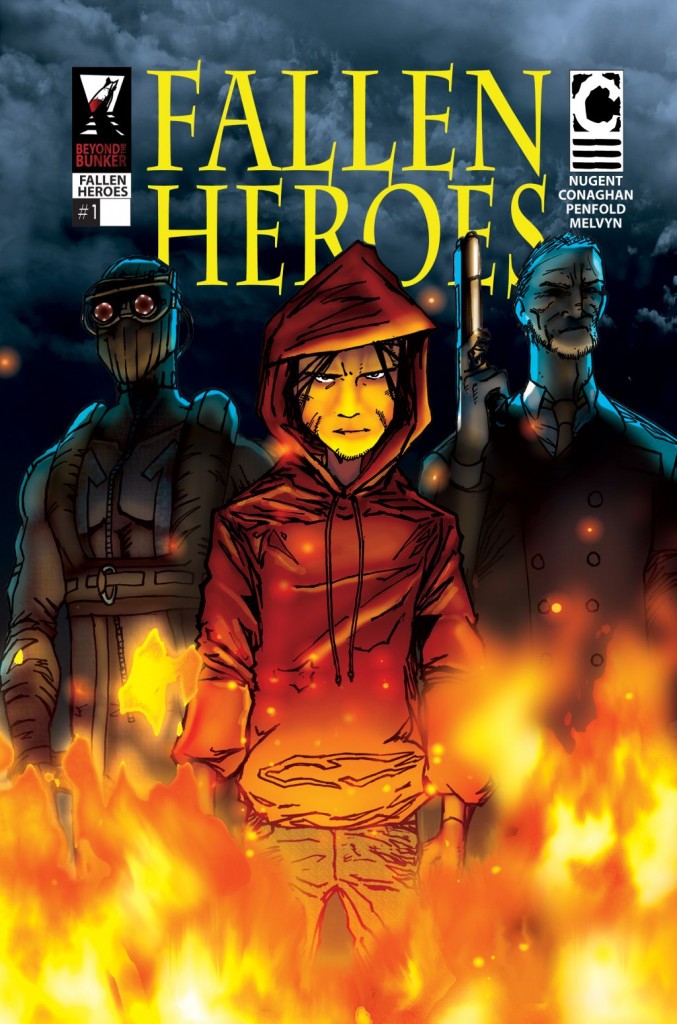 You may have heard of this already. Originally a novel by Barry Nugent of Geek Syndicate fame, this is an all new comic adaptation by Burke and Hare author Martin Conaghan.
The comic itself has had a slightly convoluted history that we won’t go into here- but if you want to know, keep checking the blog, as we’ll be running interviews with both Barry and Martin over the weekend. </ commercial break>
But onto the comic. First off- lovely cover, and I appreciated the short text intro in the inside, too.
The strip itself starts with a bang- dropping the reader into the middle of an incredibly strange situation with no explanation at all of what’s happening to this characters. If you’re wondering- this is a Good Thing. Both the character and the book itself are instantly interesting as the reader asks the obvious question: what the hell is going on?

We’re then introduced to another character, and this one could not be more different- the high-octane Mission:Impossible style action that fills the rest of the book is great fun. Conaghan writes the characters well and with minimal dialogue.
I’m also a sucker for silent comics- to me (if I may get pretentious for a moment) they are the purest form of the medium, so I was delighted by the many silent passages in this issue.

While the writing it tight, the art is variable. True, it never drops below what I would consider to be a professional standard, but there are a few panels where I felt the artist, Steve Penfold, didn’t quite get where he was reaching for- but the fact that he reached at all is commendation enough. And I have to say that conveying action scenes in a dynamic and kinetic way is a very difficult thing, but Penfold manages to do so here with no trouble at all. And the art being in that slightly loose style I adore helps things along too.
All in all, this is a very good first issue, and I cannot imagine anyone reading this and not wanting to pick up the next one.
So, y’know, read it!